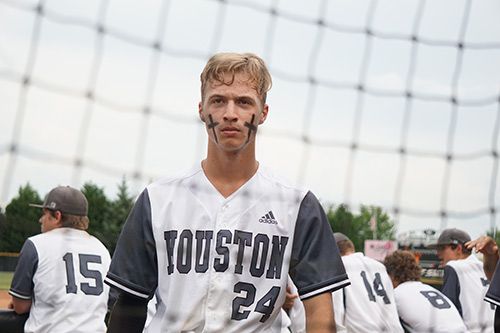 The waiting is over, the Houston County Bears are in the GHSA 6A State Championship in hopes of capturing the third title in program history.

It took a three-game series with Allatoona in the Final Four to get to this point.

Their resilience couldn’t be denied in the Bears’ first road trip in almost a full month as they had to withstand the Allatoona Buccaneers’ rowdy students heckling from behind home plate.

“I thought in the first game it got us a little bit,” said Bears’ head coach Matt Hopkins about the chirping from fans. “We’ve been at home, you know. Nobody’s said a word to us for over a month. All of a sudden, we get here and there’s kids cussing at us, calling people by name and just a very hostile environment. We told our kids it’d be that way, but you still can’t prep them for it. It’s hard to tune that out.”

The talking escalated quickly during game one as the Buccaneers went on to win it 6-0 behind their ace pitcher, Logan McGuire.

Game one was scoreless until the fifth inning. Allatoona scored on an inside-the-park homerun off an error at third base for the first run.

The wild sequence queued an avalanche as the Bucs walked out of the fifth up 4-0 with all the momentum.

“We won 16 straight and I knew it was coming eventually,” said Hopkins about the loss. “I didn’t want it to come but I knew eventually we wouldn’t score a lot of runs. We’ve been putting up about 10 runs per game in the playoffs, and (Allatoona) is a really good team. I knew it was going to be tough.”

Things changed in game two—and the Allatoona students weren’t talking as much through it.

Houston’s Coleman Willis pitched game two with the season on his shoulders. The University of Georgia signee wasn’t rattled a bit and allowed just one run on the way to a 6-1 win to force game three.

“I just got to do me man,” said Willis about his mindset entering game two. “I feel like if I do too much, I kind of get in that mode and crumble. I did me tonight and it felt really good.”

“For Coleman to step up, take the ball like he did and just go seven to get us that win— to will us into tomorrow—was huge,” said Hopkins after the game.

In the deciding game, Andrew Dunford rose to the occasion for the Bears.

He pitched a complete game on the way to a series-clinching 5-0 win.

Dunford plays at first base and pitched at times during the season, but the six-foot, seven-inch tall sophomore showed he can be relied on in some of the biggest moments.

Now the Bears are on to the ATL.

Houston County will meet Lassiter in Truist Park for all the marbles.

Lassiter is 32-6 overall this season. They eliminated Pope in two games to advance to the state championship.

Lassiter is in Region 6-6A, the same region as Pope and Allatoona. Allatoona went 15-1 within the region to win the region championship; their one flaw was an 8-2 loss against Lassiter.

If you compared Houston and Lassiter, it’s likely that the Bears would be favored more than not. They’re stacked with talent; led by a championship winning head coach and just proved their desire for this title yet again.

Though baseball is unpredictable, the Bears didn’t just get to the state championship—they belong there.

Winning the state title is what they had on their checklist all year. This was meant to be.

They started the playoffs with 10 wins to go, now Houston has two wins left to summit the mountain.

Of course, only one word can sum up the Bears right about now: 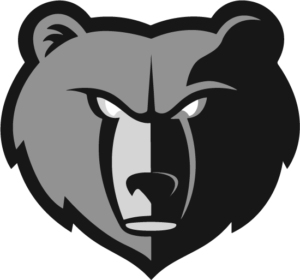