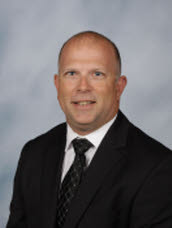 Jason Brett is a native of Perry and a graduate of the Houston County School System (Perry High School). He received a B.S. in Communication from Valdosta State University in 2003, a Masters degree of Education in 2004 and his Education Specialist degree in 2014. This is his 14th year at Houston County High School, his 3rd as Assistant Principal and 1st as Athletic Administrator. Prior to his current roles, Mr. Brett taught English and coached Baseball, Softball and Football. He was the Head Baseball Coach for 9 years (2010-2018) and was at the helm for 2 GHSA State Championships (2014 and 2016). Preceding his move to Houston County, he was a graduate assistant and assistant baseball coach at Valdosta State University (2000-2006). Before starting his teaching and coaching career, Mr. Brett was drafted by the New York Mets in the 21st round of the 1997 MLB Amateur Draft and played four years in the Mets organization.

He and his wife (Amy) live in Kathleen with their sons (Connor, 9 and Reid, 5) and dog (Rawlings).